Aqua on the Ocean

Esplanade Residences on the New River

Infinity I at the Colony

The Shoreline at Solé Mia

The Cascade at Sandestin

The Seasons at Elwood 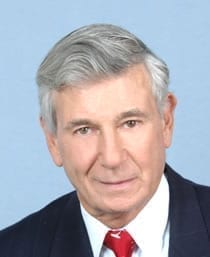 Robert M. Swedroe began practicing architecture in Miami Beach, Florida in 1960. He spent 12 years as senior design architect for Morris Lapidus, renowned architect of the Fontainebleau Hotel, until he opened his own Miami Beach form in 1974.

He prides himself on long term client relationships, several of which have flourished for up to four decades.Robert earned his Bachelor of Architecture degree from Carnegie Institute of Technology (now Carnegie Mellon University) and, through a scholarship to study under the late Paul Rudolph, his Master’s Degree ofArchitecture from Yale University.

Among the numerous awards he personally won are the Eero Saarinen Award for excellence in design at Yale and the Rust Engineering Architectural Award in the State of Pennsylvania.

From the early 1960’s to 1974, Robert created over 500 collages, earning acclaim and 12 one-man shows. After a 32 year hiatus, he recently returned to collage-making. Within two months he won an award from the Miami chapter of the American Institute of Architects in their Art by Architects competition and had his work displayed in two exhibitions.

Yet, he has no immediate plans for retirement from architecture.